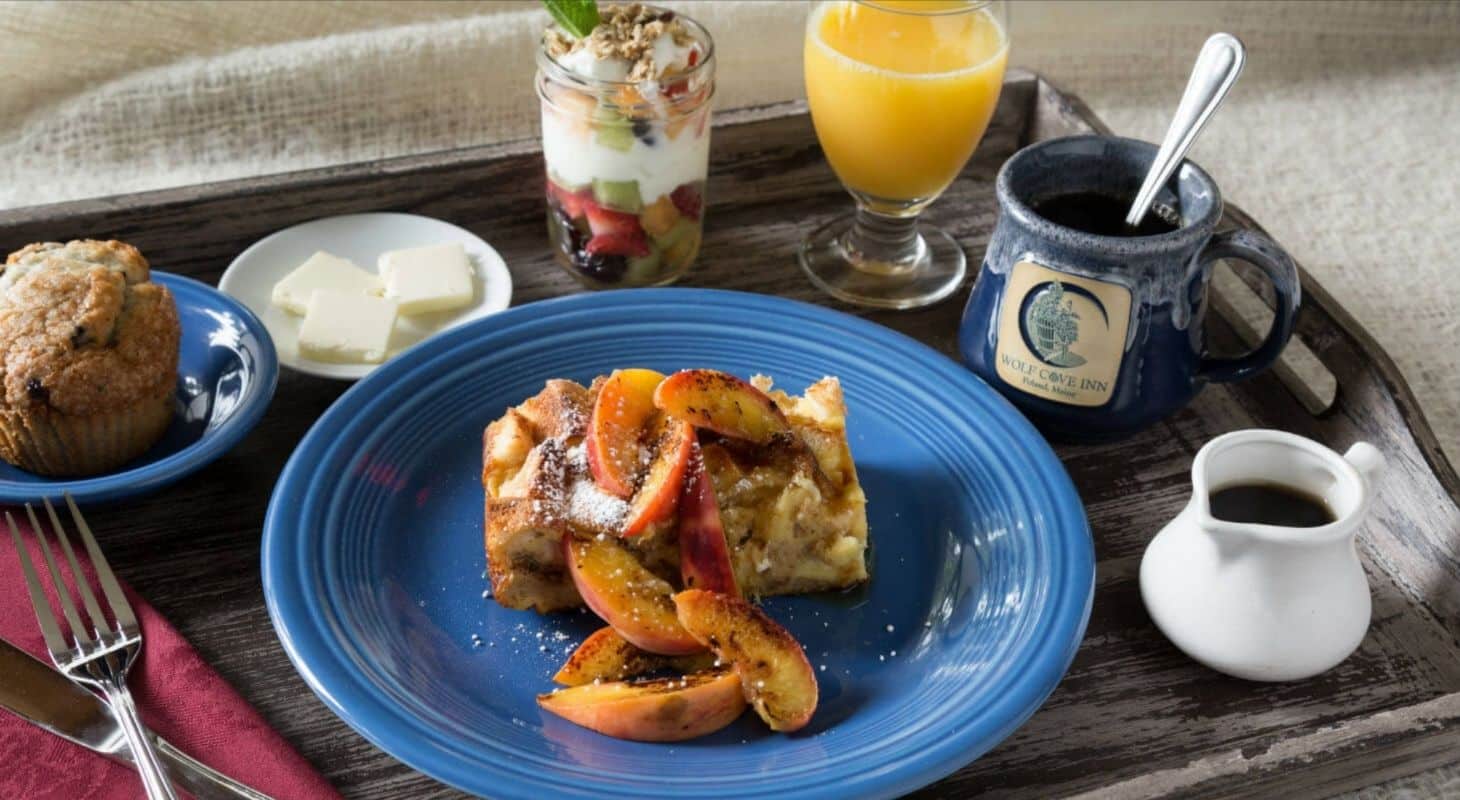 Our Autumn Harvest Baked French Toast recipe (aka Winter Warmer Baked French Toast) is one of our guest’s favorite Maine comfort breakfasts at the Wolf Cove Inn.  It’s up for grabs whether this recipe or our various Quiches get the most great comments in the morning.  You can also find the recipe on the Wolf Cove Inn Pinterest board.  Your taste buds will be having a party! 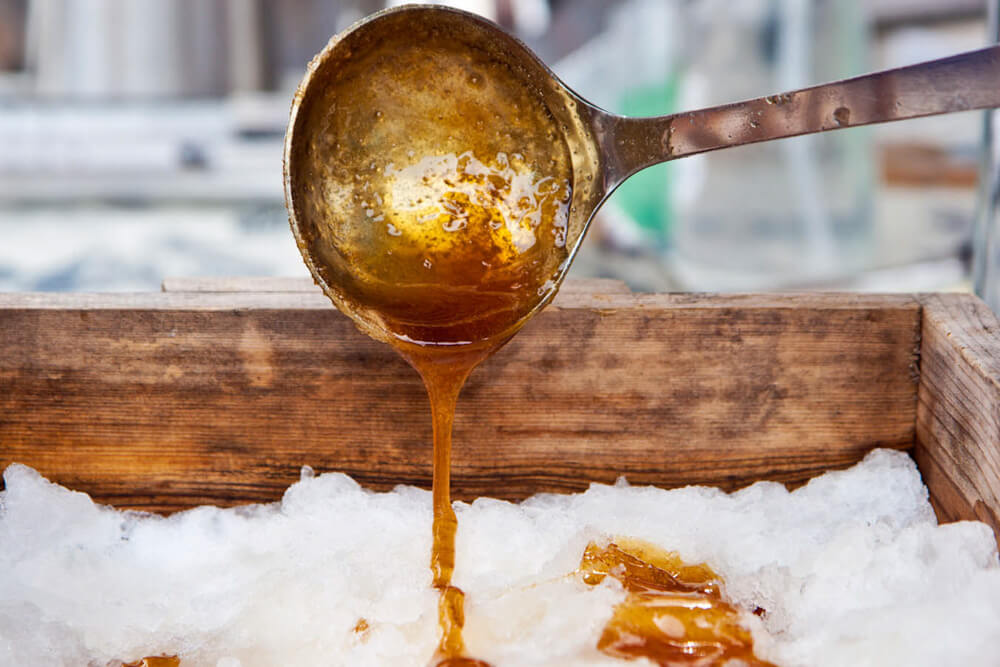 The day before, lightly grease a 9×13 inch-baking dish. Arrange half the bread cubes in the dish.  Top with cream cheese cubes or spread around using two teaspoons if using tubs of cream cheese. Sprinkle two diced apples, pecans and cranberries over the cream cheese.  Top with one teaspoon cinnamon, then remaining bread cubes.

In a large bowl, beat the eggs, then whisk in the milk, one cup of brown sugar, vanilla extract, orange extract, and remaining two teaspoons of cinnamon until well blended. Pour mixture over the bread cubes in baking dish. Cover with foil and refrigerate overnight.

In the morning, remove the casserole from the refrigerator and let sit at room temperature about 30 minutes. Preheat oven to 350 degrees F. Place casserole in over, covered, and bake for 30 minutes. Uncover, and continue baking 25 to 30 minutes, until center is firm and surface is lightly browned.  Internal temperature should be 160F (continue baking and checking until 160F).  Rest for 10 minutes before serving.

This breakfast is especially good with the wonderful organic, all natural sausage and/or bacon from our friend Dan at A Wee Bit Farm.

Note 2 – This dish stands up well to reheating in a microwave if by some miracle it isn’t polished off by everyone!

And finally, by all means share the Autumn Harvest Baked French Toast recipe. 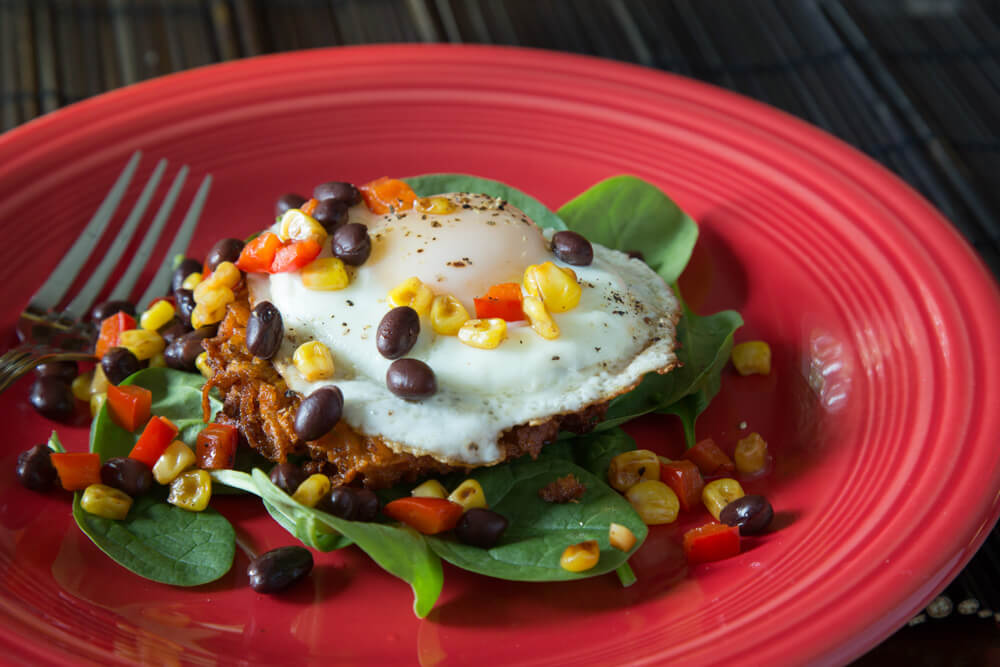 FIND OUR OTHER RECIPES