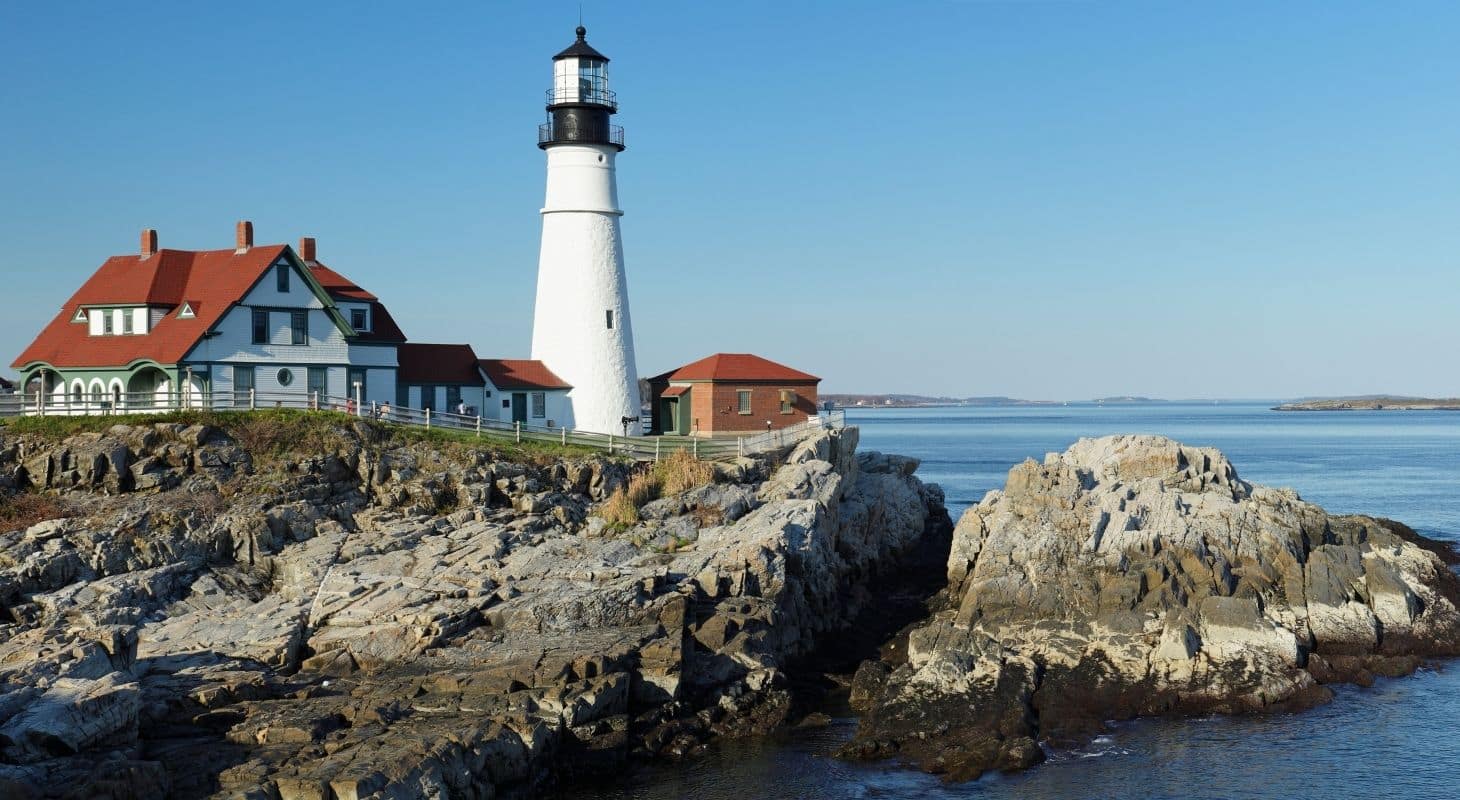 A scenic day trip to Portland Head Lighthouse in Maine should be on everyone’s bucket list, and here’s why.

The Portland Head Lighthouse is the most photographed lighthouse in the state of Maine. First commissioned by George Washington in 1791, the lighthouse sits at the entrance to Casco Bay in the quaint village of Cape Elizabeth. An easy drive from our bed and breakfast in Poland, this quintessential coastal landmark holds significant historical interest as Maine’s oldest lighthouse in operation.

“The rocky ledge runs far out into the sea, And on its outer point, some miles away,

The lighthouse lifts its massive masonry, A pillar of fire by night, of cloud by day.” 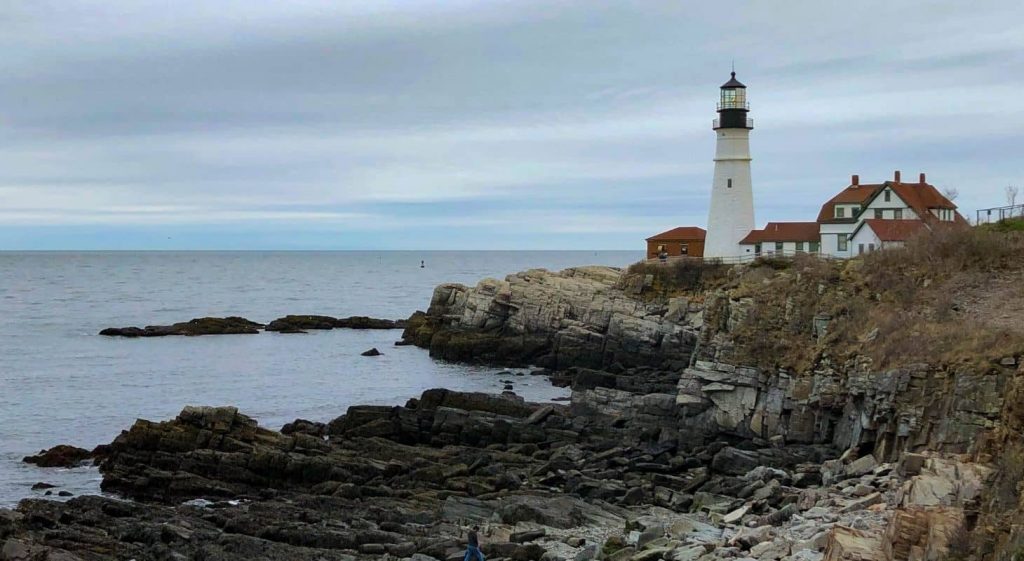 Long the protector of Portland’s coastline, Portland Head Lighthouse continues to be a popular tourist destination. Located adjacent to Fort Williams Park, you could easily spend the day enjoying the magnificent view of Casco Bay and exploring the park’s trails and treasures. Although you cannot tour the lighthouse tower, you can visit the adjacent museum housed in the former lighthouse keeper’s building. This award-winning museum showcases a collection of lighthouse lenses and other artifacts. Plus, the seasonal museum gift shop is a treat for anyone with a passion for the stately beacons that protect Maine’s rocky shoreline.

The Keeper’s Quarters serve as the home for the gift shop and museum. Open in season only (normally Memorial Day to Columbus Day) the museum’s exhibits shed light on the history of Portland Head Light through photographs and select documents and artifacts. Journey through time as you learn about the Keeper’s lifestyle and the ever-changing role that technology played in maintaining the light.

Adjacent to the lighthouse, Fort Williams Park offers 90 acres of recreational land to enjoy. You’ll see folks picnicking, flying kites, strolling the grounds, and exploring the cliff-side loop and rocky shoreline. The Ecology Project, founded in 2001, serves as steward of the park. Its mission is to preserve and protect the park from invasive species and expand the open space for recreational use. That mission calls for multiple improvements to the landscape. The first project, reclaiming the land from invasive plants obstructing the views along the cliff-side, was completed in 2012. Next, the approach to the lighthouse was improved and a small wildflower and grass meadow was installed. Lastly, the Children’s Garden emerged as a place for all to explore pathways, tunnels, and bridges. 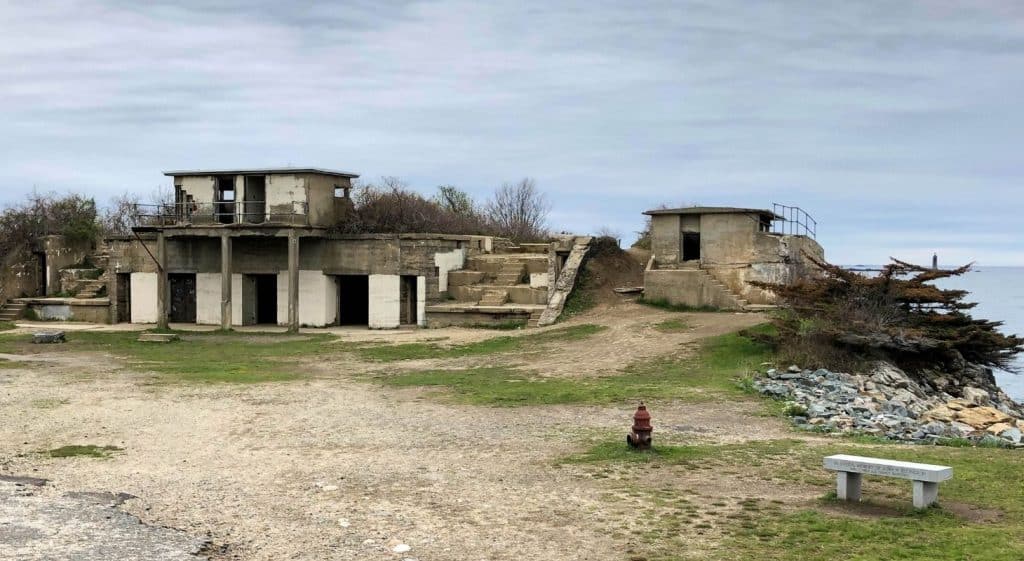 The remains of two colonial batteries still stand within Fort Williams Park: Battery Keyes and Battery Blair. Each battery served as a line of defense from encroaching enemy ships. Battery Keyes, erected in 1906, protected the coast with 3-inch rapid fire guns. In fact, this was the best defense against small, fast attack boats. Battery Blair, built in 1903, fired weapons utilizing 12-inch shells designed to breach the sides of battleships. Elsewhere in the park you’ll find the remains of Goddard Mansion. Originally built for a local businessman, it was acquired by the army in 1900 to serve as quarters for non-commissioned officers. Despite the deterioration, the mansion remains a tribute to its historic significance. 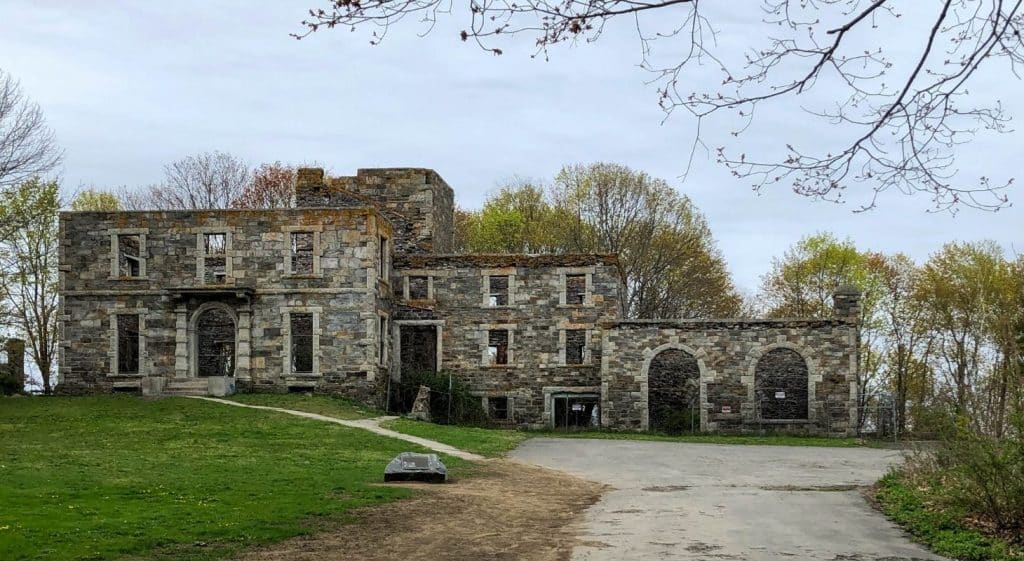 Another iconic beacon, located south of Portland Head Lighthouse via State Route 77, is Two Lights State Park. Named for the first twin lighthouses to grace the coast, one remains active while the other is currently privately owned. The park itself encompasses 41 acres of rocky headlands. Take a seat at one of the picnic tables and enjoy the view of Casco Bay and the ships entering and leaving Portland Harbor.

Located at the end of Two Lights Road, the Lobster Shack at Two Lights serves up fresh Maine Seafood with a spectacular view. During inclement weather, you’ll enjoy the inside dining room. However, when the sun shines, step outside and take a seat at a picnic table. The two lighthouses present an attractive scene/backdrop. Beyond, the surf crashes against the rockbound coast. It’s Mother Nature’s most beautiful outdoor dining room.

Where to Lodge Near Portland Head Lighthouse

At the end of your scenic day trip to Portland Head Lighthouse in Maine, return to Wolf Cove Inn for warm hospitality, delicious food, and a comfortable and relaxing overnight stay.

For more on what to see and do on a day trip to Portland, check out our blog post, A Great Guide to an Epic Day in Portland Maine. 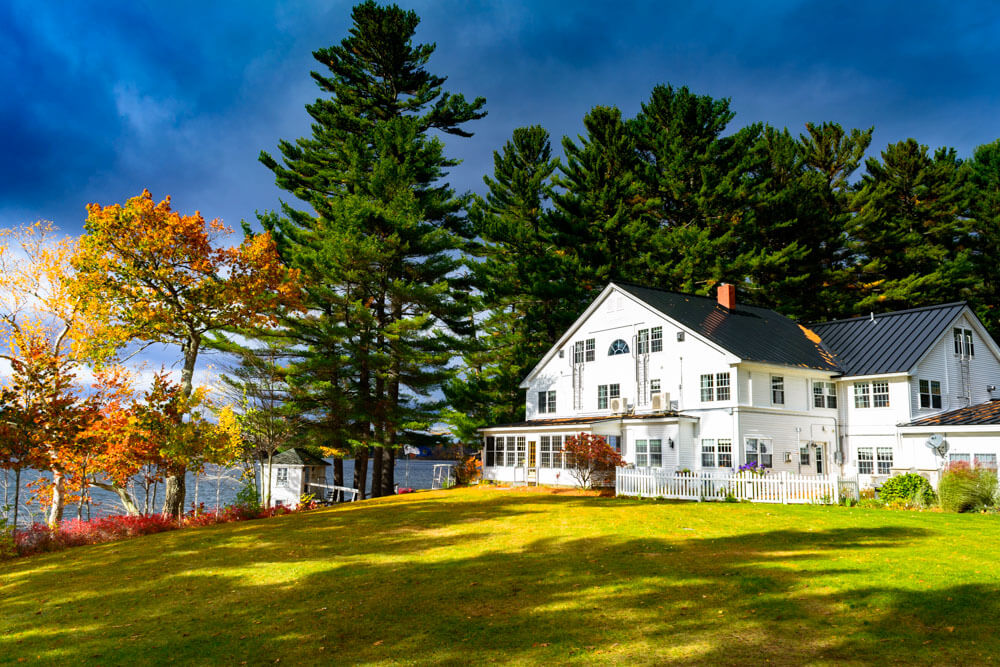