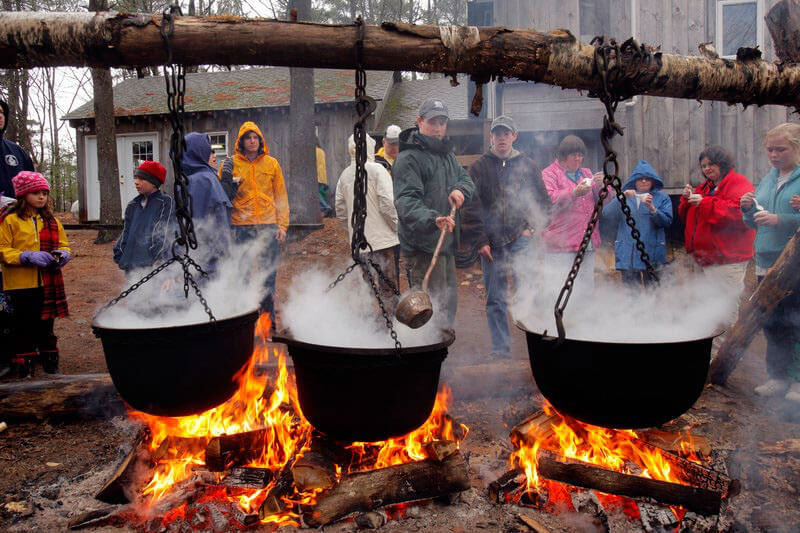 Get ready for the Maine Maple Tour. There should be no doubt that maple syrup features prominently at the breakfast table at the Wolf Cove Inn. Poured over pancakes, waffles, and French toast, or used to flavor muffins, cookies, and breads, maple syrup is considered a staple here. All hail the valiant maple trees that steadfastly produce gallons of sap each year here in the forests of Maine. 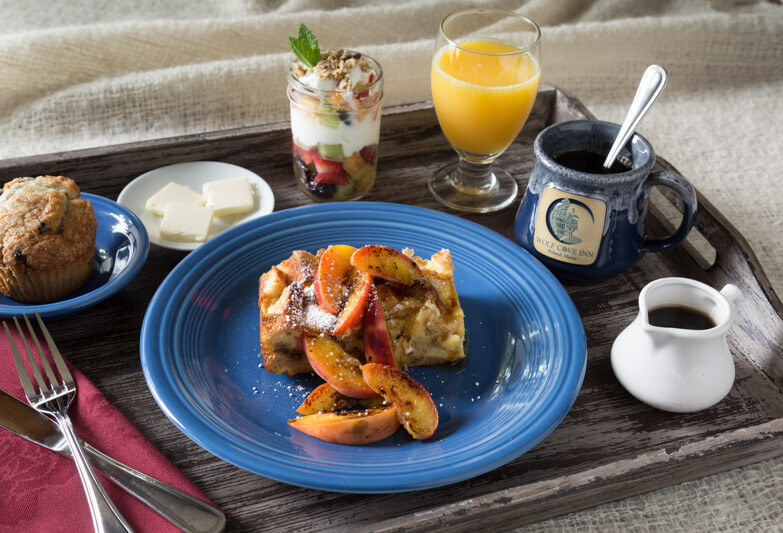 Hence, there should be no doubt that the producers of this golden nectar look for opportunities to promote their product. Plus, they’d like to educate the population about the virtues of maple syrup. Thus, the birth of Maine Maple Sunday. Traditionally held on the 4th weekend of March, when sap is running freely, 2020’s festival was postponed, leaving many maple syrup devotees disappointed. Creating a fall Maple festival was such a success, it’s now a tradition that will be held annually around Columbus Day week. 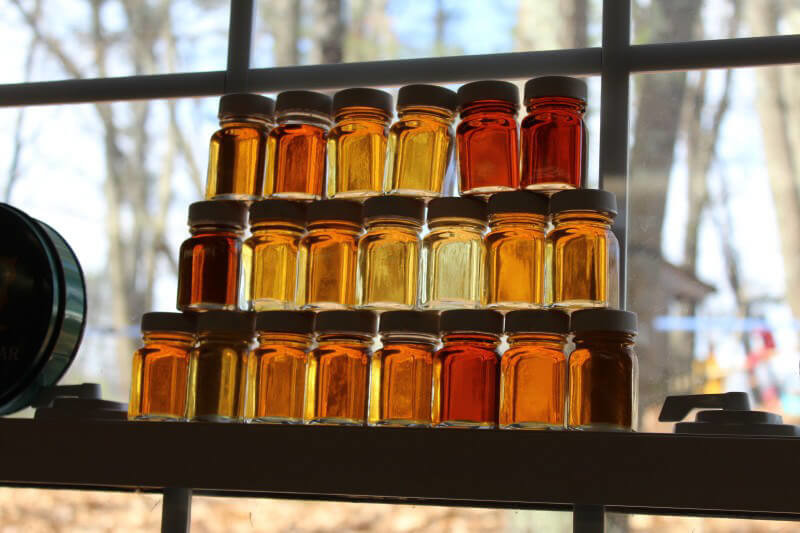 Cheer up fellow maple syrup lovers. Maine Maple Sunday will now also take place on the week of October 8 -19, 2022. The week will be the kickoff to the North American Maple Tour that runs through October 19. Maple producers from around the state open their doors inviting the public to sample their wares. Naturally, due to the change in season, things will go on somewhat differently. But the spirit of the event remains true to its origin. That is, to celebrate all things maple.

Typically, when held in March, sap buckets are a common sight around the state. But holding the celebration in October allows the sugar shacks to promote the health benefits of maple syrup, while showcasing their own unique products. A Maple Recipe Contest adds a new spin on things. Contestants will enter their best recipes using pure maple products as a key ingredient. Members of the Maine Maple Producers Association will determine the winners in each of three categories: beverage, entrée, and dessert. Celebrity judges will announce the winners and award the prizes. 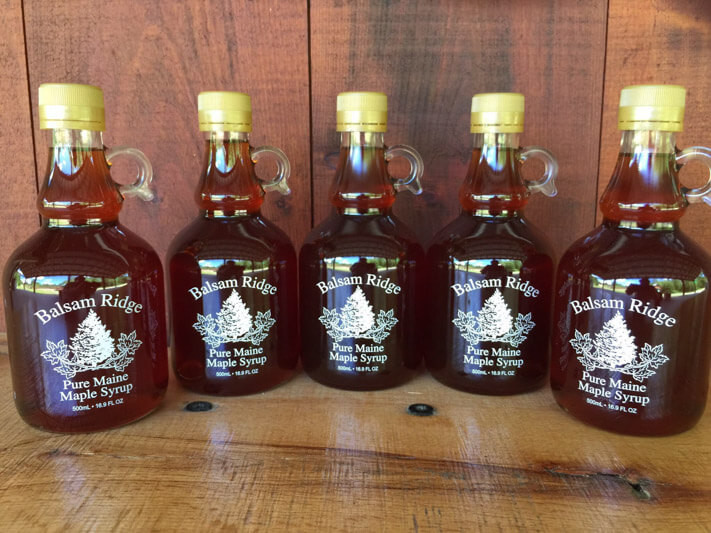 Along with maple syrup and maple candies, you’ll find maple whoopie pies and cotton candy. And if you’re a fan of baked beans and franks, you’re in luck.

This family-owned sugar shack has been producing maple syrup for over 40 years. We dare you to walk away without trying (and buying) their famous maple-glazed donuts (with or without bacon).

Stop by to watch maple syrup being made. Stay to enjoy the offerings of the Shut Up and Eat Food Truck on premises all weekend. New this year, fried dough with warm maple syrup. Yum.

They won’t be open on Sundays. But, you don’t want to miss their warm maple syrup served over ice cream.

This is the place to stop if you want to know more about the health benefits of maple syrup. But, you can also purchase maple drops, maple coated peanuts, and maple jelly.

This family-friendly sugar shack started humbly in 2014 producing just 20 bucket of sap, resulting in just 1 pint of syrup. Now, with over 400 taps, everything they produce is handmade.

Having the bragging rights to winning the “best pure maple candy” in 2019, they repeated that accolade in 2020. Along with traditional maple products, you’ll also find maple lip balm, maple mustard, and maple barbeque sauce.

So, come enjoy the celebration during the Maine Maple Sunday and Tour. But, you don’t have to wait for a special event to visit us. With fall foliage season upon us and the promise of a winter wonderland later this year, you’ll never lack for fun things to do when you visit our cozy bed and breakfast in Maine. And for more ideas on more sugar shacks to visit near us, read our blog on “six yummy sugar shacks”.

And, if you’re headed to the the Buxton, Limerick, Newfield, or Cornish sugar shacks, be sure to checkout 3 nearby covered bridges, too!