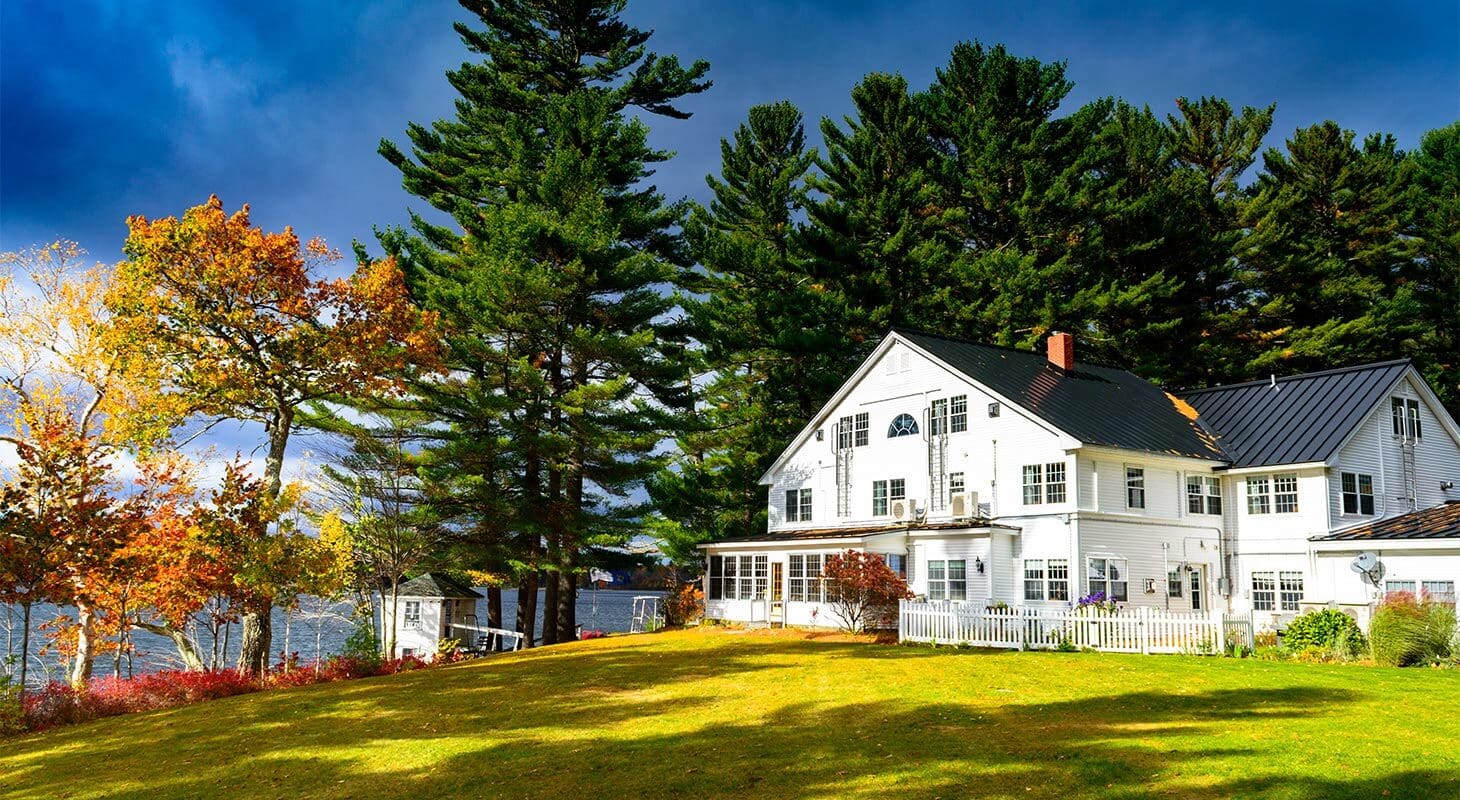 It’s been a mad dash to and across the finish line, but we made it. The Wolf Cove Inn is open for business (Book Now!)

Quite a bit has happened since I last mused here. Let me catch you up.

On the 10th of May we held an open house for the Tripp Lake Association. We met many wonderful new neighbors who were the first folks to see the new Wolf Cove Inn. Unfortunately they were greeted by water somewhere between dripping and running from the second floor into the hallway off of the foyer. Yikes, what a mess. We eventually discovered that when trim went back up for the new fire door on the second floor, a nail gun pushed one of those suckers right through the cold water pipe to Rangeley Lake. Walls and ceilings came down on Monday, only a few days before we reopened! Thanks to John and Mike we were back in business quickly.

Then the big day arrived. Opening day consisted of a ribbon cutting followed by our first guests arriving. The ribbon cutting was a big success with over 60 in attendance from the Town of Poland and the three area Chambers of Commerce – Androscoggin County, Sebago Lakes Region and Oxford Hills. 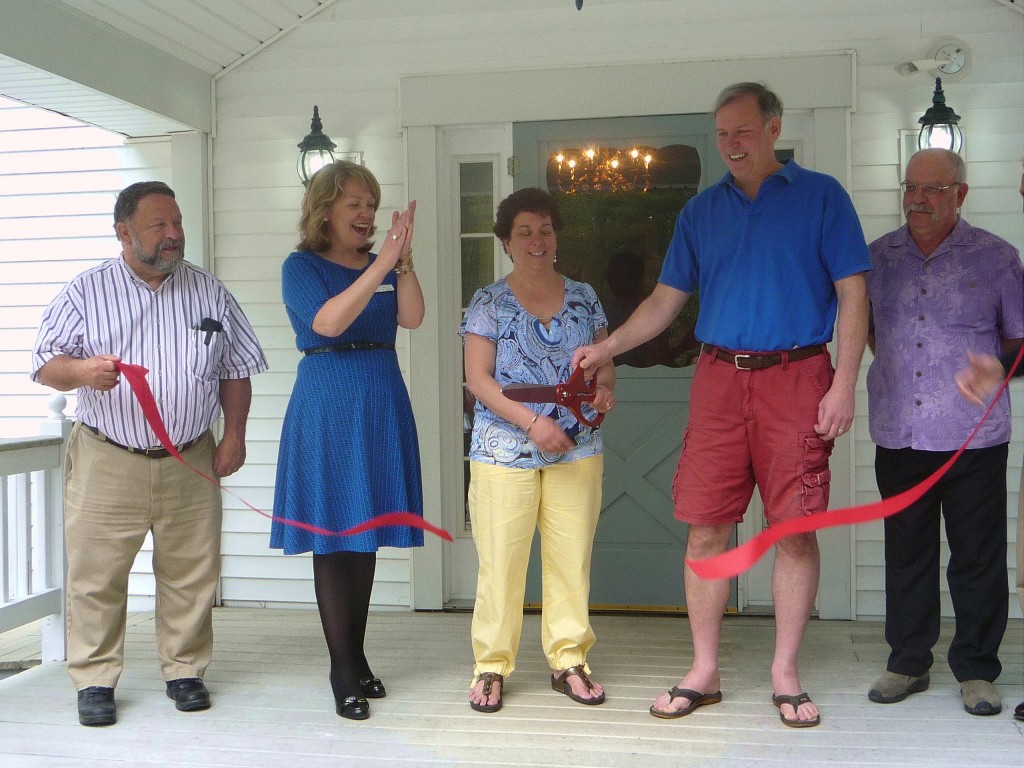 Our first guests were a lovely group of ladies we affectionately refer to as the spinners. They are a group who come to the Inn twice a year in the spring and fall with their yarn spinning wheels. They spend the weekend spinning yarn, telling tales, and having lots of laughs. We really enjoyed meeting them and look forward to their return in November. 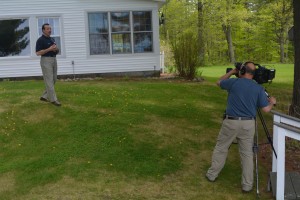 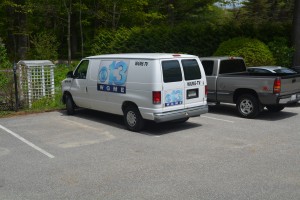 WGME Channel 13 is on site!

After opening weekend, things briefly quieted down until we had to get ready for the WGME Channel 13 (out of Portland) filming for our segment of Road Trippin that will air during the Daybreak morning show on June 5th (be there or be square)! David Eid was here with his cameraman Matt for a few hours interviewing us and shooting film for the show.

Amidst all that action we managed to find time to get our restaurant license (yes a full restaurant license!), lodging license, occupancy permit and just two days ago our liquor license. And somehow we made it to the Poland Food Bank. You know all those new linens and bedding I told you about and that you see in the pictures? They displaced all the linens, comforters and blankets that were on the beds at the Inn and most were still in fine shape. The great folks at the Poland Food Bank will find a good home for all that stuff.

After reading this, I just know you want to Book Now! 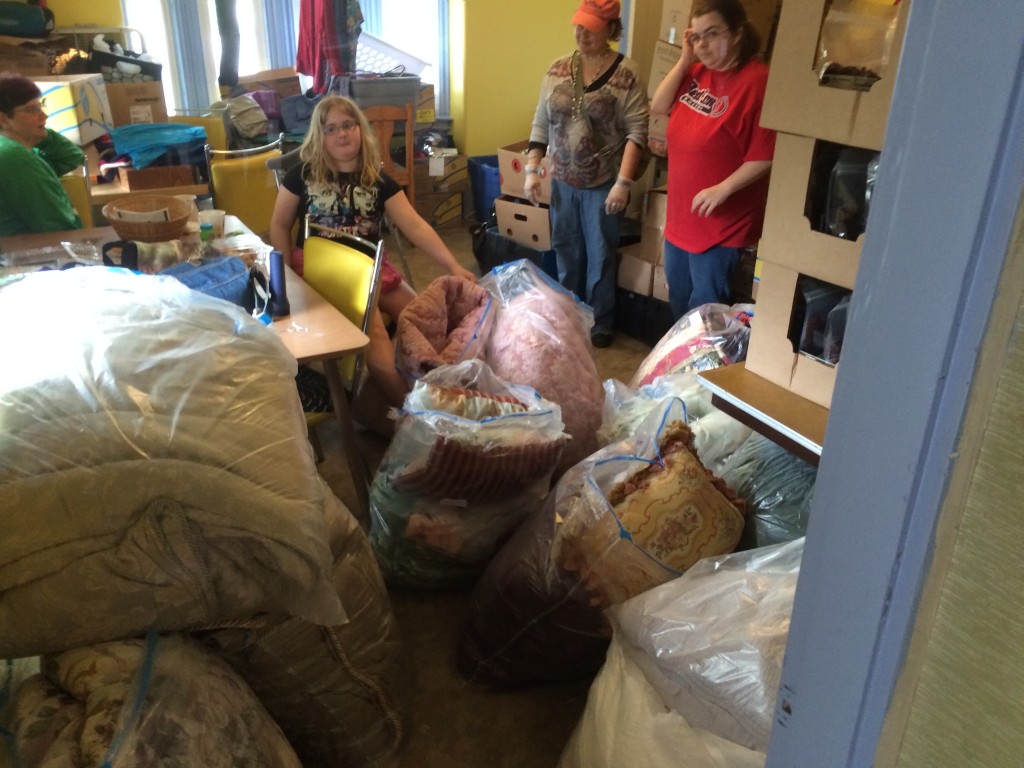 Lots of good stuff for the good folks at the Poland Food Bank.